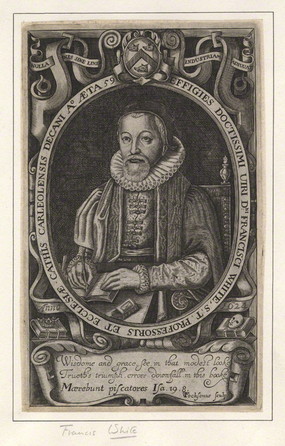 Categories (list of works cited – preliminary) [BKG Note: No White cites were identified in the 1755 Dict.  The headwords sampled for White quotations are indicated in bold italic below.  Three White cites were identified as added in vol. 1 of the 1773 Dict. under the letter G.  Five new headwords are introduced in vol. 2 of the 1773 Dict. with only White as an authority.  The first White cite in vol. 2 of the 1773 Dict. is under the letter N.  Allen Reddick, in The Making of Johnson's Dictionary, 1990, indicates (pp.121-122) that 68 White cites are added in Vol. 2 of the 1773 Dict. (my count is 65 added in vol.2) and that the quotations are from the Sabbath Day Treatise title below (p.158).  All of the White headwords for which a source was successfully determined are from this title.  The edition of the title below that SJ used is unknown, but likely the Third Edition or later, based on the stibiarian entry - see below.]
​