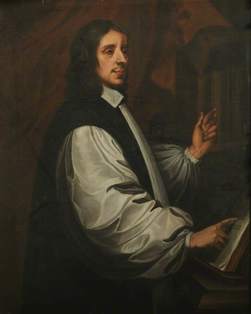 BKG Bio-tweet: Cleric; effective Oxford administrator; Ox. U. Press “Fell types”; Martial “do not like thee” epigram applied by student
​
Categories (list of works cited – preliminary) [BKG Note: no Fell cites in the 1775 Dict.  Per Reddick in The Making of Johnson's Dictionary, 122 quotations from this work were added in vol. 2 of the 1773 Dict.  As noted below five Fell cites were identified as added in vol. 1 of the 1773 Dict.  The added Fell cites are indicated in bold italic below.  The edition SJ used is unknown, page citations are to the title below.  SJ may have taken the Fell quotations from Hammond's Works, 1684, as explained on the Hammond page.  Fell is also a possible author of the Whole Duty of Man.]
​