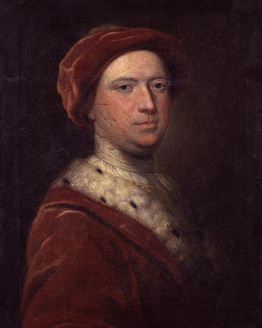 BKG Bio-tweet: Author; “friend” of Swift, Pope; patron of Arts; SJ: conversation and writings neat, elegant, but without strength
Categories (list of works cited – preliminary) [BKG Note: the edition of the title below that SJ read is unknown.  There were a number of London and Dublin editions.] Orrery (no work cited);
[BKG Note: SJ indulges a pun.  The story is of Archbishop William King (1650-1729, image below).  "He was looked upon as too far advanced in years to be removed [to a higher office]. The reason alledged was as mortifying as the refusal itself: but the Archbishop had no opportunity of shewing his resentment, except to the new Primate Dr. Bo[u]lter, whom he received at his own house, and in his dining parlour, without rising from his chair, and to whom he made an apology, by saying, in his usual strain of wit, and with his usual sneering countenance, "My Lord, I am certain your Grace will forgive me, because, you know, I am too old to rise.""  The citation in the 1773 Dict. reads: The archbishop received him sitting, for, said he, I am too old to rise.]
Archbishop William King (1650-1729) 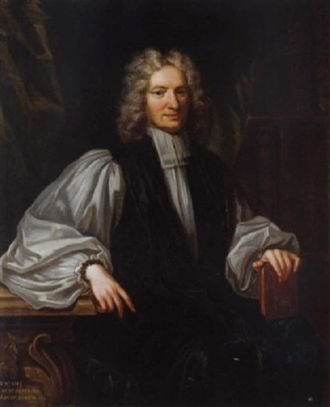