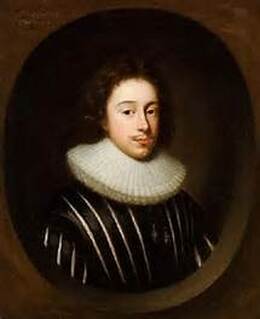 Categories (list of works cited – preliminary); [BKG Note: about 300 Waller cites in 1755 Dict. vol. 1, about 400 Waller cites in 1755 Dict. vol. 2.  Seven Waller cites were identified as added in the 1773 Dict. indicated in bold italic below. Although not named in the listed lots of The Sale Catalogue of Samuel Johnson's Library, a Facsimile Edition, ed. Fleeman, Appendix II item 15 is Poems &c. Written upon several occasions, and to Several Persons, by Edmund Waller . . . fourth edition . . . London: Henry Herringman . . . 1682.  This book, annotated by Johnson (but not for the Dict. quotes), is at Trinity College, Cambridge.]

Poems, &c. Written upon several Occasions, And to several Persons. The Eighth Edition, with Additions. To which is Prefix'd The Author's Life, London, 1711, Printed for Jacob Tonson, at Shakespear's Head over-against Catherine Street in the Strand. [BKG Note: if SJ used this, or the ninth edition as a source of the Waller's Life quote, he may have used this work for the Waller poetry quotes (including the Maid's Tragedy) as well.  However the Biographia Britannica notes that the 1730 edition (without the life) is the best Waller works edition.]