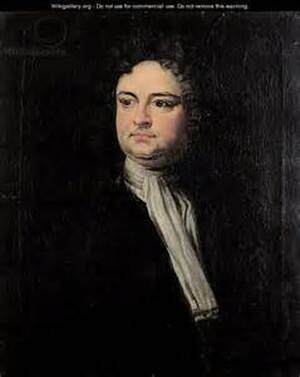 Categories (list of works cited – preliminary); [BKG Note; one Steele cite in 1755 Dict. vol. 2, three steele cites identified as added in the 1773 Dict. indicated in bold italic below. Guardian cites not identified as Addison's in the Dict. appear to be by Steele]
​
The works of Alexander Pope, Esq; Vol. VI. Containing the second part of his letters, London : printed for T. Cooper, in Pater-Noster-Row,. 1739 [BKG Note: the first "official" edition of the letters was 1737, but does not have Trumbull Ltr. VIII (caveat quote).  SJ may have quoted from the 1739 or a later edition.]
The Guardian, the Fifth Edition, 1729, London: Printed for J. Tonson, at Shakespear's-Head over against Katharine-Street in the Strand [The edition used by SJ is unknown.  Usually cited as Addison's Guardian in the Dict.]
Mr. Steele's apology for himself and his writings; Occasioned by his expulsion from the House of Commons, 1714, London: printed; and sold by R. Burleigh in Amen-Corner; gazetteer (def.) (p.81, see image below)

The dramatick works of Sir Richard Steele. Containing the following comedies, viz. The funeral; or, grief a-la-mode. The tender husband; or, the accomplish'd fools. The lying lover; or, the lady's friendship, 1723, London: printed for J. T. And sold by Bernard Lintot between the Temple-Gates in Fleet-Street; Dict.: In all the common incidents of life,/I am superior, I can take or leave.
​Text: In every human incident besides/I am superior, and can chuse or leave. 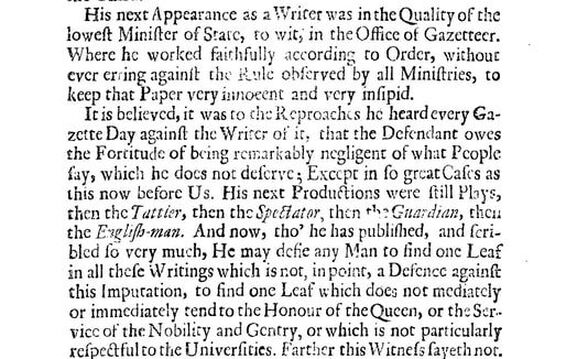