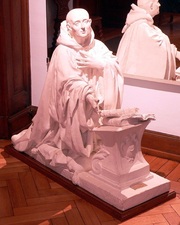 BKG Bio-tweet: Benedictine Friar; commentaries (trans. Oxford 1726) & dict. of the Bible (trans. 1732); also wrote on Hungarian vampires
Categories (list of works cited – preliminary) [BKG Note: about 29 Calmet cites in 1755 Dict. vol. 1 and about 15 cites in Dict. vol. 2.  No additional Calmet cites were identified in the 1773 Dict.  Wimsatt in Philosophic Words (1948) p.151, opines that Johnson himself may have translated from the French text of the title below as the 1732 English translation does not correspond to the SJ entries.  After comparing some entries with the 1732 English translation (crocodile, ephod, euroclydon (euroquilo or euroclidon under wind in the 1732 text); maranatha, onycha, stork, swan (under cignus in the 1732 text​), I am of the view that SJ extracted from and edited the English translation, as it is not untypical of extractions from other extended dictionary entries, such as from Miller.  I also think it is doubtful that SJ would have taken the time to translate 44, mostly extensive, entries.  In addition, SJ incorporates the English edition footnote under swan.  It appears that Wimsatt did not find the English edition entry for swan, which is under cignus in the translated text.  Contra Wimsatt, the 1755 Dict. entry is literal starting with the second paragraph of the English edition entry for stork.  The 1773 Dict. stork entry is shortened from the 1755 Dict. entry.  The French editions include Dictionnaire Historique . . . de la Bible, Paris, 1722, and the 2nd ed., Geneva, 1730.] [BKG Note: the extended title page of the 1732 English translation of the Calmet Historical Dictionary of the Bible is below.] 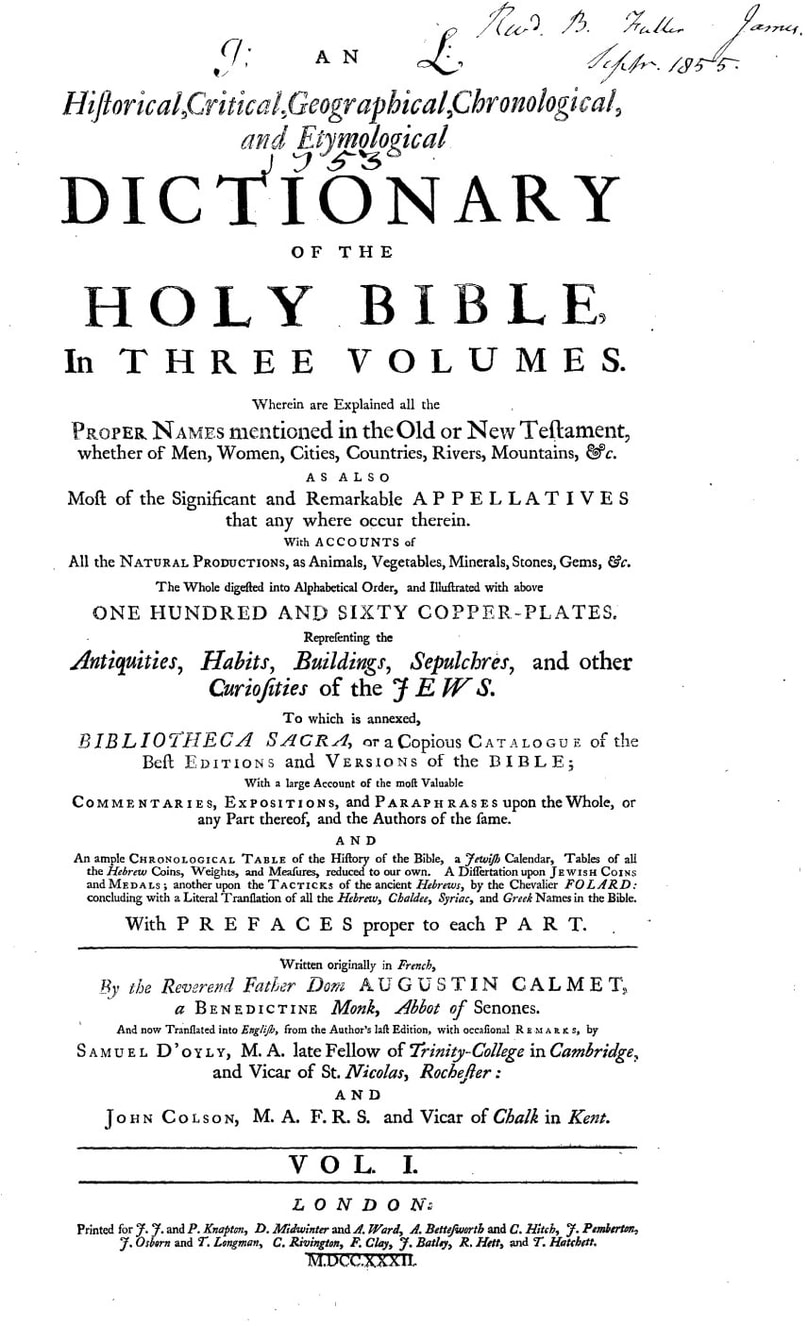