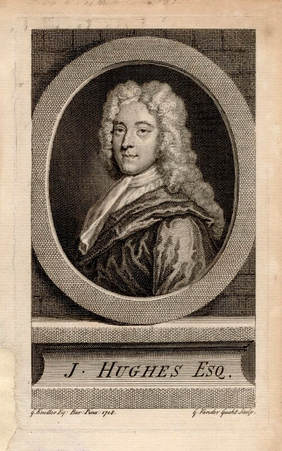 Categories (list of works cited – preliminary) [BKG Note: one Hughes cite in 1755 Dict. vol. 1, one Hughes cite in 1755 Dict. vol. 2.  Four Spectator cites are in numbers thought to be authored by Hughes. The citations of the Glossary that follow the Shepherd's Calendar were not found in the 1715 or 1750 Works editions except for hilding.  See Spenser for cites of "Spenser," some of which are from earlier editions.]

The works of Spenser. In six volumes. With a glossary explaining the old and obscure words. To which is prefix'd the life of the author, and an essay on allegorical poetry, by Mr. Hughes, Volume the First, 1750, London: printed for J. and R. Tonson and S. Draper; hilding (found in the Glossary, p.xciv in the 1750 edition, p.cxxvii in the 1715 edition)