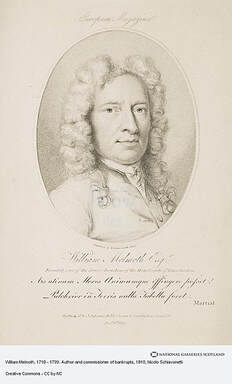 Categories (list of works cited – preliminary) [BKG Note: one Melmoth cite in the 1773 Dict., indicated in bold italics below. The edition of the title below used by SJ is unknown.  There was a 2nd edition in 1748 and a 3rd edition in 1750.  The 3rd edition adds additional Letters and the Ode below is in Letter XXXV in this and subsequent editions.]

Letters on several subjects. By the late Sir Thomas Fitzosborne, Bart. : Published from the copies found among his papers, [William Melmoth], 1748, London: Printed for R. Dodsley in Pall-Mal  ​
1773 Dict.: Rich, though deprived of all her little store,/For who can seize fair virtue's better dow'r?
1748 text: Rich tho' despoiled of all her little store:/For who shall seize fair virtue's better dow'r?