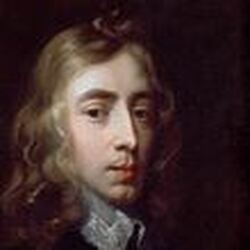 BKG Bio-tweet: Cambridge fellow; entered the RC Church; died at Rome; devotional ecstasy in religious poems; SJ: “Poet and Saint”
​
Categories (list of works cited – preliminary) [BKG Note: about 49 1755 Crashaw cites in Dict. vol. 1, about 80 cites in Dict. vol. 2.  One (misattributed) Crashaw cite was identified as added in the 1773 Dict., indicated in bold italic below. The edition of the Crashaw poems used by SJ is unknown.  The last edition of the title below prior to the 1755 Dict. publication appears to be 1670.  The 1st edition of the title below was 1646.  All (approximately 60) headwords sampled appear in both the 1670 and 1646 editions.  There is one indicator in favor of an edition earlier than 1670: in Out of the Greek, Cupid's Cryer, the quote used for the headword owe appears.  This word is corrected to own in the 1670 edition. The Crashaw cites sampled, and recorded below, were drawn principally from the letters A, B, C, H, O, and S.  No Crashaw cites include the poem titles.]

​Steps to the temple, sacred poems. With The delights of the muses By Richard Crashaw, sometimes of Pembroke Hall, and late fellow of S. Peters Coll. in Cambridge. Wherein are added divers pieces not before extant. 1670, Cambridge : printed for John Hayes