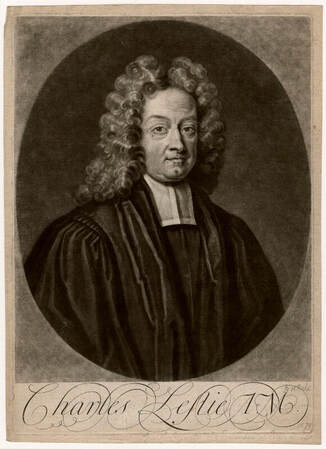 Categories (list of works cited – preliminary) [BKG Note: about five Leslie cites in Dict. vol. 1 (all under the letter G) and about 34 cites in Dict vol. 2  These are indicated in bold italic below.  Reddick, in The Making of johnson's Dictionary, also indicates 34 Leslie cites as added in 1773 Dict. vol. 2.  All Leslie cites were added in the 1773 Dict., and all are from the same title.  SJ cites "Lesley" rather than "Leslie."  No author is given on the title page of the separately printed title below, but in the 1721 Works is given and spelled "Leslie."  Because the author's name is spelled incorrectly, and because no other title in the Works is cited in the Dict., I think it likely that SJ did not use the Works as a source.   The edition of the title below that SJ used has not been identified.]
​