SAMUEL JOHNSON DICTIONARY SOURCES
Back to B - Author Names 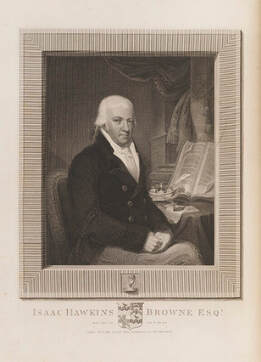 
Categories (list of works cited – preliminary) [BKG Note: no I.H. Browne cites in 1755 Dict.; two cites identified as added in the 1773 Dict.  Cites are to "Brown," apparently from memory, as indicated by the deviations from the texts noted below.]

Poems upon various subjects, Latin and English. By the late Isaac Hawkins Browne, Esq; Published by his son, London : printed for J. Nourse, In The Strand; and C. Marsh, At Charing-Cross, 1768