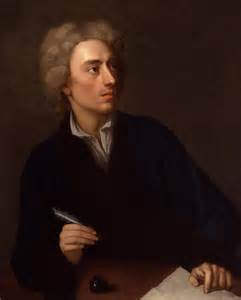 Categories (list of works cited – preliminary); [BKG Note: about 2040 Pope cites in 1755 Dict. vol. 1, about 2200 Pope cites in vol. 2.  Reddick, in The Making of Johnson's Dictionary, indicates that 80 Pope cites were added in vol. 2 of the 1773 Dict.  My survey indicates about 39 Pope cites were added in vol. 1 of the 1773 Dict.  A sample of the 1773 Dict. added headword cites are indicated in bold italic below.  Most of the quotes from the following works are from various editions of  The works of Alexander Pope, Esq, London, published 1736 to 1739.  In The Younger Johnson's Texts of Pope, The Review of English Studies, 1 May 1985, Vol.36, pp.180-198, Treadwell Ruml concludes that for most of the Dict. quotations of early Alexander Pope works "... Johnson used the third (1720) or, more probably, the fourth (1722) edition of Lintot's Miscellany." (See Betterton for other possible quotes from the Miscellanies.)  In the RES article, Ruml points to the Motte 1733 Miscellanies for a number of Pope quotations.  Ruml also provides extensive information on the Works quotation sources that are cited only as "Pope."  In the Sale Catalogue of Samuel Johnson's Library, A Facsimile Edition, Fleeman ed., item 271 is 5. volumes of Pope's Works.]  The non-italicized titles below are listed in the Freed 1939 Dissertation.

​Miscellaneous poems and translations : by several hands. Particularly, I. Windsor-Forest ... By Mr. Pope, the 4th edition, 1722 London : Printed for Bernard Lintot; Ruml (see citation above) proposes the following Pope productions as SJ's source for the 1755 Dict.  (The words cited are per Ruml, unless noted otherwise.)
Miscellanies; [published by Benjamin Motte, likely the 1733 edition] [BKG Note: other titles in the Miscellanies for which the author was not indicated in the 1733 edition are correctly attributed to Pope in the Dict.; SJ may have known these from editions of Pope's Works.]
Dunciad; & Advertisement, Introduction & Notes; acerbity; acumen; anonymous; associate; antithesis; blanket; console; curtain; hawker; nerveless; pinion; over; rake [Pope's Works, 1735 or 1736 octavo ed.]

Letters & Preface: 1739 Works, Vol. V (or 1741 or 1743 reprint): The works of Alexander Pope, Esq; Vol. V. Containing an authentic edition of his letters. 1739, London: printed for T. Cooper in Pater-Noster-Row. [BKG Note: this title appears to be the earliest containing the Parnelle [Parnel] to Pope letter cited by SJ in the 1755 Dict. under fall.  See the BKG working notes on all 1755 Dict. letter sources at the bottom of this page.]

​Edition not yet determined (some titles may be encompassed by the titles above):​ ​
[BKG Working Notes for Citations in the 1755 Dict. of Letters to and from Pope plus other Letters citations. About 225 citations identified as from letters.  The Pope-related letters appear to be from the 1739 or later edition of Pope's Works.]