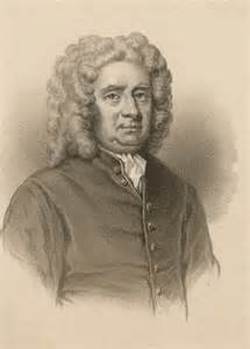 Categories (list of works cited – preliminary) [BKG Note: about 32 total Southerne cites in vol. 1 of the 1755 Dict., about 28 total cites in vol. 2 of the 1755 Dict.  The only pre-1755 editions of Southerne's Works identified were published in 1713 and 1721.  Because the Spartan Dame was published first in 1719, it is likely that SJ used the two-volume 1721 edition of the Works.  All of the citations below are found in Volume 2 of the 1721 edition, with the single exception of one quote from The Disappointment.  This quote is from the opening lines of the play and is inexact, and so may be from memory.]

​The works of Mr. Thomas Southerne. Volume the First. Containing, The Loyal Brother: Or, The Persian Prince. The Disappointment: Or, The Mother in Fashion. Sir Anthony Love Or, The Rambling Lady. The Wives Excuse: Or, Cuckolds make Themselves.; The works of Mr. Thomas Southerne. Volume the Second. Containing, The Maid's last Prayer, Or, Any, rather than fail. The Fatal Marriage, Or the Innocent Adultery. Oroonoko. The Fate of Capua. The Spartan Dame. 1721, London: printed for J. Tonson, B. Tooke, M. Wellington, and W. Chetwood.  [BKG Note: the brackets below indicate that the title was not mentioned in any of the Southerne citations for the play.]