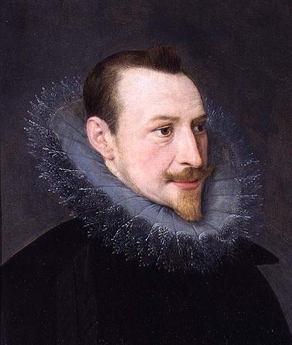 Categories (list of works cited – preliminary) [BKG Note: about 1400 Spenser cites in 1755 Dict. vol. 1, about 1580 cites in Dict. vol. 2 (Freed counted 1546 for Dict. vol. 1, which may be correct as electronic searches may not have identified all of the Spenser cites identified only by the name of the work or abbreviations in Dict. vol. 1). A number of citations only to "Spenser" under the letters A through D are identified under the titles below.  53 Spenser cites identified as added in vol. 1 of the 1773 Dict. are indicated in bold italic below.  No added Spenser cites were identified under the letters "L," "Q," or "Y" in vol. 2 of the 1773 Dict.  Reddick, on pp.121-122 in The Making of Johnson's Dictionary, lists 30 authors cited more than 10 times under the letters "M" through "Z."  As Spenser is not in Reddick's list the number of Spenser additions in the 1773 Dict. vol. 2 is taken as less than 10.  The edition(s) that SJ used for the Spenser citations is unknown.  Those from the Shepherds Calendar Glosses appear to be from the 1679 edition, as discussed below.  The Hughes edition is cited for its Glossary for hilding.  Two Spenser titles are listed in the Sale Catalogue of Samuel Johnson's Library, a Facsimile Edition, Fleeman, 1975: 268  8. Spenser's Works, 6 v. (octavo, perhaps a Hughes edition); 596  7. Spencer's fairie queen, &c. (folio?, perhaps the 1679 edition)]

​The works of that famous English poet, Mr. Edmond Spenser. Viz : The Faery queen, The Shepherds calendar, The history of Ireland, &c. Whereunto is added, and account of his life ; with other new additions never before in print, 1679, London: Printed by Henry Hills for Jonathan Edwin, at the Three Roses in Ludgate-street  AND The works of Spenser. In six volumes. With a glossary explaining the old and obscure words. To which is prefix'd the life of the author, and an essay on allegorical poetry, by Mr. Hughes, 1750 (also 1715), London: Printed for J. and R. Tonson and S. Draper  ​[BKG Note:  cantion (new headword, cited as Spens. Kal. Glo.; found in the Glosse of the October Eclogue of the 1579 edition of the Shephearde's Calendar as well as in the 1611 edition); chiefdom (new headword, cited as Spens. Kal. Gloss.; found in the Glosse of the April Eclogue of the 1579 edition of the Shephearde's Calendar; chiefedome in 1579 text and also in the 1611 text, chiefdom in 1679 text); hilding (found in the Glossary, p.xciv in the 1750 edition, p.cxxvii in the 1715 edition); unright (cited as Glossary to Spens. Kal. in 1755 Dict., cited as Spenser's Glossary to Kal. in 1773 Dict.  The Dict. quotation is: "What in most English writers useth to be loose, and as it were unright, in this author is well grounded, timely framed, and strongly trussed up together."  This quote was found in the 1579 edition of the Shephearde's Calendar in the Epistle to Harvey, but the 1579 text reads ungyrt.  The 1611 edition reads vnright, but the Epistle to Harvey appears before the Fairy Queen.  The 1679 edition of Spenser's Works reads unright, which, with chiefdom, gives weight to the 1679 edition as the source of Spenser quotations. Neither the Epistle nor the Glosses for each month are included in the Hughes edition (The Shepherd's Calendar is in vol. 4 of Hughes)) A searchable text of a facsimile of the 1579 edition is in The shepheardes calender by Edmund Spenser ... ; with an introduction by H. Oskar Sommer, 1890, London, John C. Nimmo, 14, King William Street, Strand.​] [BKG Working Note: the 1943 variorum edition of Spenser's minor poems (The Works of Edmund Spenser, a Variorum Edition, The Minor Poems, Volume One, ed. Greenlaw, Osgood, Padelford, Heffner, 1943, Baltimore, The Johns Hopkins Press) does not track the variants in either unright or chiefdom and so does not assist in determining which edition SJ used for the Shepheardes Calender. The 1943 edition indicates a 1617 folio in addition to the 1611 and 1679 folios, but a copy of the 1617 edition was not located.  It is not clear why the Dict. uses "Kal." rather than "Cal."]